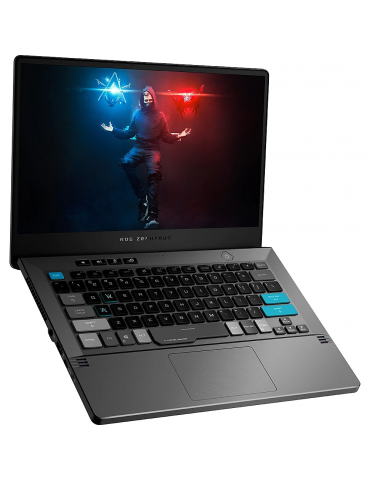 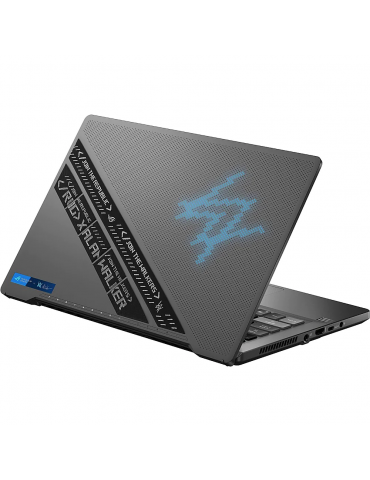 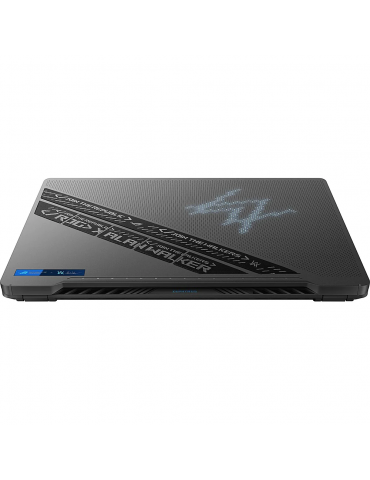 ( Cash on Delivery available within Metro Manila only )

Powerful, ultraportable gaming gets an Alan Walker-inspired makeover in the ROG Zephyrus G14 AW SE. The result of a special collaboration between ROG and superstar artist, DJ, and music producer Alan Walker, this slim and stylish laptop is loaded up with exclusive design touches that bring together the best of gaming and DJ cultures. Even the packaging defies expectations, with the built-in ROG Remix hands-on DJ experience. Game, create, and whip up your next hit remix with a laptop that’s truly one of a kind.

DESIGNED IN COLLABORATION WITH ALAN WALKER

Created in collaboration with Alan Walker, the Zephyrus G14 AW SE has an iconic aesthetic. Blue color accents and subtle shades of gray create a low-key yet unmistakably Alan Walker look, while </ROG> elements weave coding and cyberpunk themes into the design.

The nameplate on the lid shows off the ROG and Alan Walker logos, plus Alan Walker’s signature.

Two belts with a fabric finish give the lid a unique mix of materials and typography. One belt is reflective, perfectly accenting the special AniMe Matrix™ display.

The special Spectre Blue version of the groundbreaking AniMe Matrix™ display illuminates the lid with 1,215 programmable mini-LEDs. Show off Alan Walker-inspired animations and live audio visualizations, stay in the loop with status notifications, and hang out with a virtual pet from the ROG universe who also stars in his own desktop app.

Exclusive colors add style to the desktop-inspired keyboard, with the Alan Walker logo featured on the A and W key caps. A fingerprint login makes waking up the laptop easy, and separate hotkeys put common controls within reach.

Bold and daring </ROG> x Alan Walker typography shows up across the design—even where you least expect it, The Zephyrus G14 AW SE packs a serious punch in a 14-inch body weighing just 1.7kg. Its AMD Ryzen™ 9 5900HS CPU is tuned with lower power consumption and thermals that enable superior performance for ultra-slim laptops. Cutting-edge 7nm process technology puts up to 8 cores and 16 threads on a single chip, allowing you to muscle through heavy workloads. Add a GeForce RTX™ 3050 Ti laptop GPU that can unlock even more performance with ROG Boost, and move from fast-paced gaming to content creation in a flash.

Built right into the packaging, the ROG Remix hands-on DJ experience comes alive as soon as it’s connected to the laptop. Touch the conductive areas to trigger 18 different effects. Get started remixing right away with Alan Walker’s hit single “Sorry”—or get creative with your own favorite songs.

How to order at BenStore PC

1) Add item/s to your shopping cart.